Heading into the heart of the city, it’s hard to miss Downtown Dubai’s key bragging rights: The Dubai Mall (the world’s largest mall and most visited shopping and leisure site), the Burj Khalifa (the tallest building) and the JW Marriot Marquis (the tallest hotel). Record-breakers aside, visitors will find a score of family-friendly activities including the Dubai Fountains, the Dubai Aquarium and Underwater Zoo, Dubai Ice Rink and The Souk.

The not-so-creatively named hub for the majority of the city’s publishing groups – think magazines, newspapers and TV networks – Media City and its neighbour, Internet City, are also home to restaurants favoured by creative movers and shakers both in and outside work hours. Drop into Mazaj Restaurant for an excellent mezze lunch, with favourites including grilled haloumi, babaganoush and the hommus served warm with pinenuts, or walk by the lake to Urban Bistro or Circle Cafe – side-by-side lunch spots offering fresh and healthy mains. The nearby Media City Amphitheatre is one of Dubai’s best outdoor venues, hosting everything from markets, to music festivals and rock concerts. Bonus: Media One Hotel, with its spectacular 42nd floor views is just across the road to cater for a post-gig refreshment.

Jumeirah Beach | Family fun with a side of sea views

A long stretch of shoreline that runs parallel to Sheikh Zayed Road, Jumeirah Beach is the address of a number of the city’s landmarks, including the iconic Burj Al Arab hotel, the Madinat Jumeirah hotel and entertainment complex and its attached souk, and Wild Wadi Water ParkCulminating at Jumeirah Beach Residences (known as JBR to the locals), the district includes The Beach, one of Dubai’s newest family-friendly pedestrian malls. Visitors will find it too easy to spend an entire day – and indeed most of the evening – at The Beach, with hundreds of restaurants, retailers, and a cinema. A few steps away, beachgoers can roll out a picnic blanket, and nearby is an imaginative children’s playground and fitness equipment.

Dubai Marina | Luxury on the water

Take a tram up two stops from JBR (for Dhs 5), or a short taxi ride (Dhs 20-25), to the Dubai Marina Mall that sits front and centre of the impressive Dubai Marina district. Walk through to get to the docks, where there’s al fresco seating at most of the water-facing restaurants. See how the marina’s waters reflect the surrounding high rises, including the twisting, 90-degree profile of the iconic Cayan Tower. Here, most restaurants are open past midnight, and a merry-go-round and pop-up stalls are there to entertain the whole family to and from dinner. The Marina’s latest project, Pier 7, is a destination for foodies: the tower rising from the middle of the pedestrian walk hosts seven very different, but equally delicious restaurants on each level.

Opposite the Dubai Marina is Jumeirah Lake Towers, a maze of glass residential and office towers, and the green man-made lakes the district is named for. While formerly a relatively quiet area, JLT is now seeing well-deserved attention from outside visitors for its selection of one-off cafes such as the recently opened Friends’ Avenue and family-run expat restaurants such as the well-regarded Chinese kitchen Homey and rambunctious drinking holes such as the Moevenpick Hotel’s Urban Bar & Kitchen. A new landscaping project that has introduced lush lawns, interactive children’s playground and regular community activities and neighbourhood celebrations makes JLT a great option for young families to stay and socialise.

Old Dubai | A taste of tradition

The former centre of the city and collectively known as Old Dubai, the area encompasses all the neighbourhoods that hug either side of Dubai Creek. Deira is now best known for its gold and spice souks (markets), and the fresh food markets at the dhow wharves (dhows are long, open side boats, similar to gondolas and traditionally used by merchants). Just a short dhow ride to the south side of the creek is Bur Dubai, which hosts some of the city’s best unsung ethnic restaurants, with untold numbers of authentic Arabic, Persian, Moroccan and Lebanese menus waiting to be discovered.

One of the city’s most recognisable landmarks, Palm Jumeirah tops the lists of most visitors’ to-do lists. One of the world’s largest man-made islands is home to another inimitable feature – the seashell-pink arches and turrets of Atlantis hotel, visible to travellers driving up the island’s main road. High-end hotels are a drawcard, with international hotels such as Anantara, Fairmont and Waldorf Astoria represented along The Palm’s Trunk (otherwise known as The Golden Mile), outer Crescent (residential villas populate the Palm’s fronds). Even if you’ve chosen not to stay on The Palm, the iconic district is worth a visit for the fine-dining restaurants, luxurious spas, beautiful beach clubs and unfettered views of the Gulf’s waters. 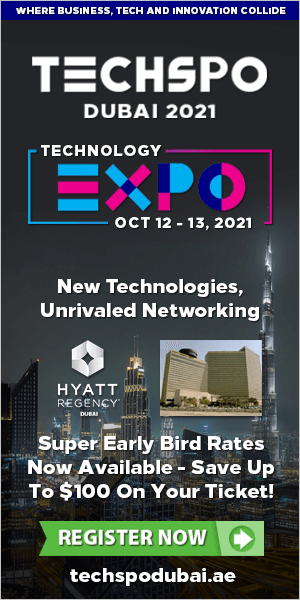